The 3rd round of 2019’s World Rally Championship was hosted by Mexico from 7th – 10th March. The winning drivers were favourites S. Ogier and J. Ingrassia. This stage of the 2019 WRC was the first to be driven on gravel. The opening ceremony was held at Guanajuato, where the rally was based. (Special Stage 1 at Street Stage GTO was cancelled due to safety reasons. The rally therefore started with Special Stage 2 at El Chocolate 1.)

S. Ogier/J. Ingrassia finished with an overall time of 3:37:08.00. S. Ogier said: “Mexico has always been a special place since the beginning and I’m so glad it’s continuing this way! It’s been a tough weekend, with very difficult condition. Not a trouble-free rally for us but we managed to come out with maximum points so it’s perfect!”. This was S. Ogier and J. Ingrassia’s 46th rally wins.

S. Ogier/J. Ingrassia’s Mexico win earned them 25 points, with an extra 5 points won for winning the power stage, Las Minas 2, with a time of 6:30.4. This is a total of 30 points, the maximum. Overall, their current championship points are 61, which maintains their No. 2 position. 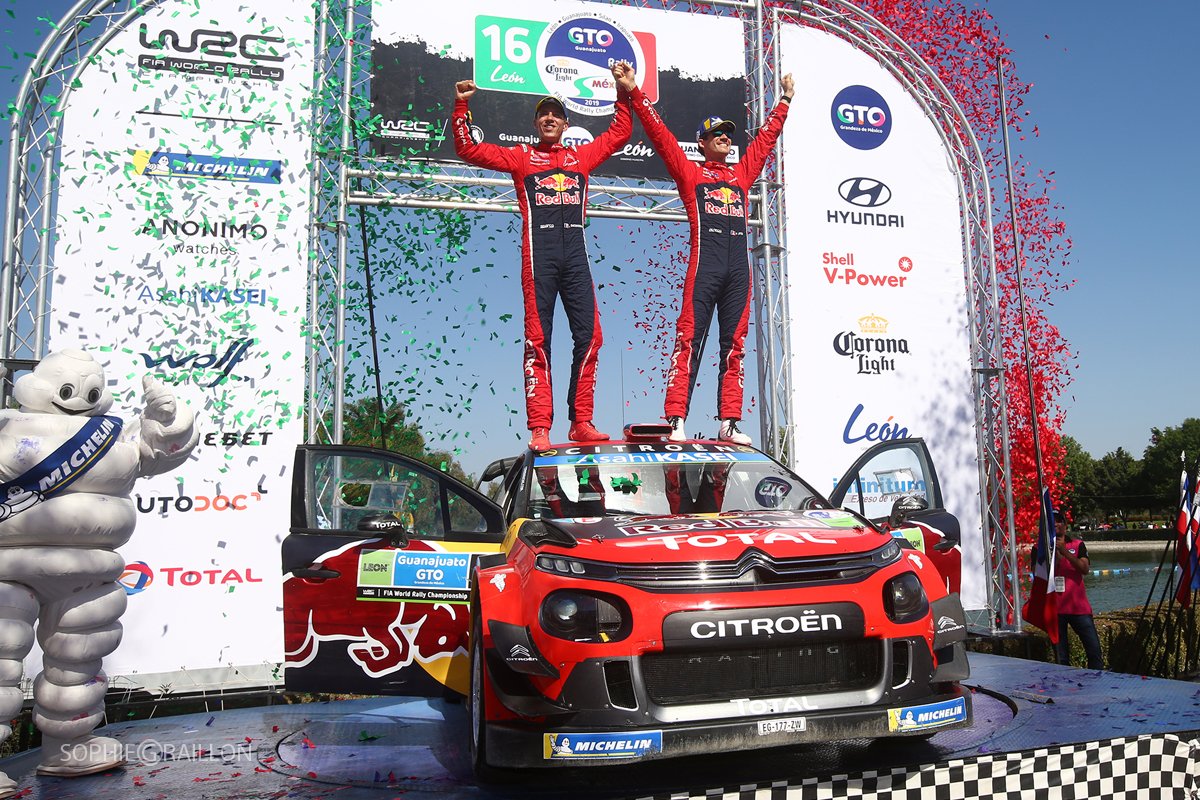 The championship leaders continue to be O. Tanak/M. Jarveoja. Their stage wins were:

As rally runners-up, O. Tanak/M. Jarveoja won 18 points. This increases their championship points to 65, which maintains their lead.

The next stage of 2019’s WRC will be hosted by France from 28th – 31st March. S. Ogier has won 2 rallies in France, and intends to win the upcoming running, saying “for me the sequel is in 2 weeks at Tour de Course“.