My congratulations to the Slipstream Mage and the Well-Red Mage on Forza Horizon‘ and Journey‘s presumptive victories. The games’ voters and their campaigns for it also deserve congratulations.

The readers voted for a different game. But one of the values that Mages believe in is that favouritism doesn’t require, and doesn’t need to lead to, bickering or partisanship. I believe that this principle, upon which the Well-Red Mage was founded, is what makes it worth contributing to.

That’s why, despite being the writer of a weekly column on racing games, I wasn’t prepared to nominate a racing game unless I believed it to be the best game of 2012. As it is, a racing game may have won that vote anyway, and, if so, its sponsor will be rewarded with the opportunity to choose what year will be the subject of the next Reader’s Choice GOTY event. In either outcome, I look f,orward to finding out which year it will be, and for deciding which game I’ll be nominating for it.

I’d like to thank WB Interactive Entertainment for publishing LEGO Batman 2: DC Super Heroes and the Well-Red Mage for hosting this event. 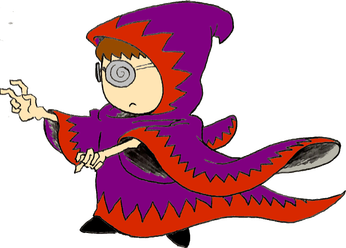